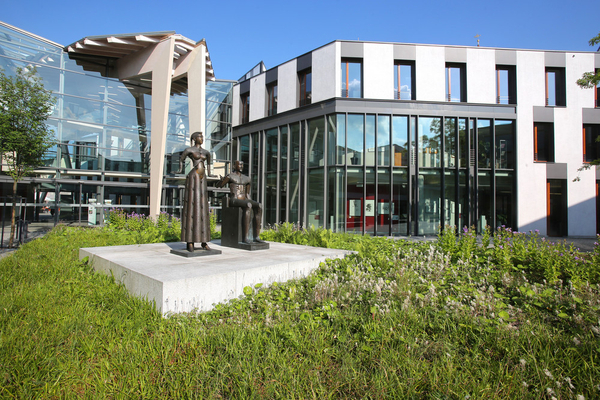 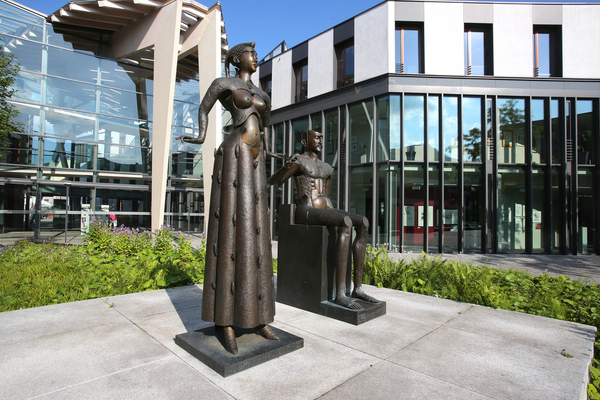 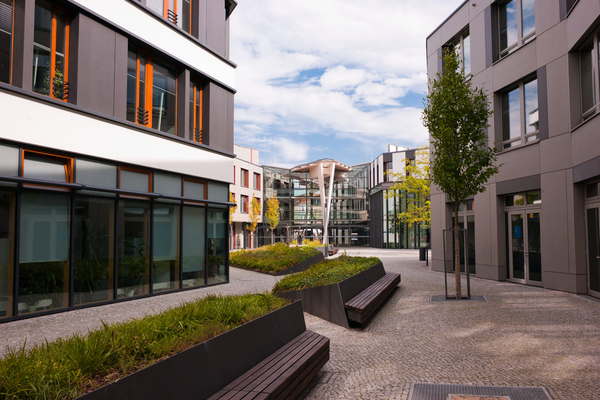 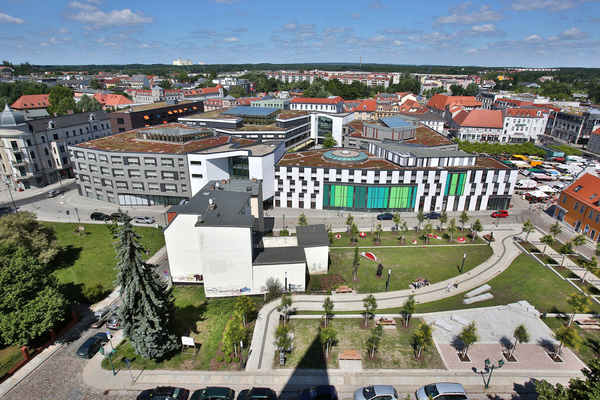 Shopping, going for a coffee or just letting go in the courtyard. Here you can relax and, in addition to the small boutiques in the Paul Wunderlich House, there's a cafe to tempt you with cakes and tarts, in case your legs need a little rest.

The Paul Wunderlich house is Germany's most modern service and administration centre and the headquarters of the Barnim administrative district. It was constructed by the architects GAP mbH Berlin. The house is named after the artist, Professor Paul Wunderlich, a citizen of honour of Eberswalde. He was born on 10 March 1927 in Eberswalde and was, of course, present when the house was opened on 1 July 2007 by Chancellor Dr Angela Merkel. Paul Wunderlich died on 6 June 2010 in Saint-Pierre-de-Vassols in the canton of Mormoiron in Provence.

The Paul Wunderlich house also has culture on offer, with its permanent and special exhibitions. Tours are possible upon registration.

Good to know: Every Saturday morning, the beloved cultural tradition "Good Morning Eberswalde" attracts both the young and old to free small art performances. From May to September also in the open air at the nearby market square - provided that the weather is on our side.

Closed on Sundays and public holidays

In the middle of the city centre, directly on the market place