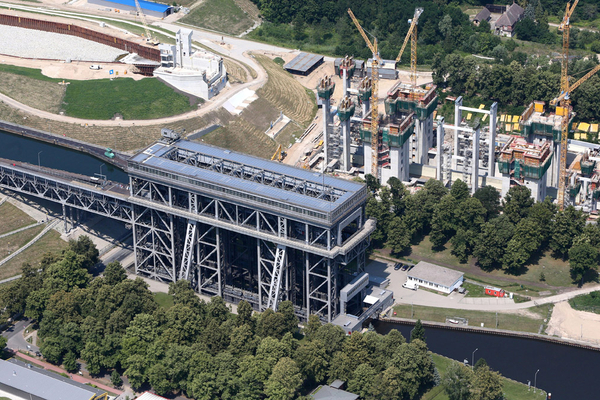 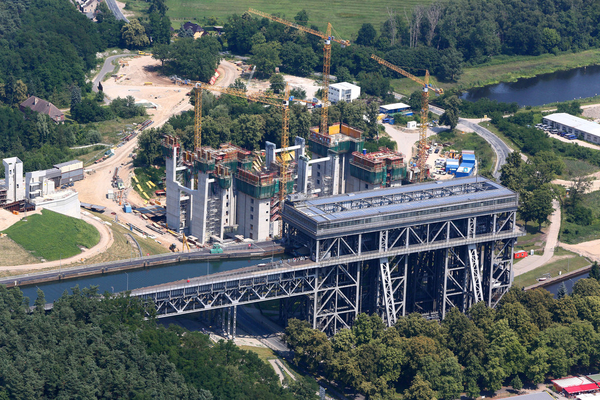 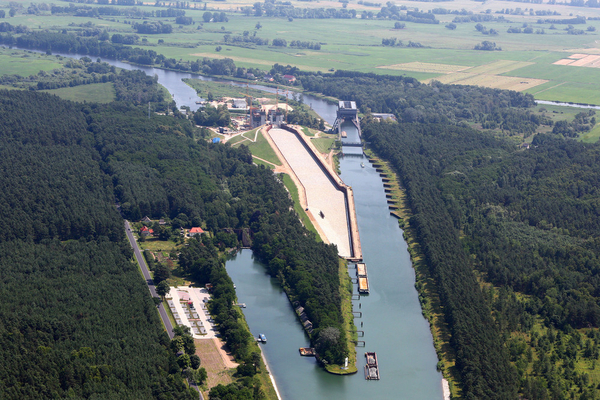 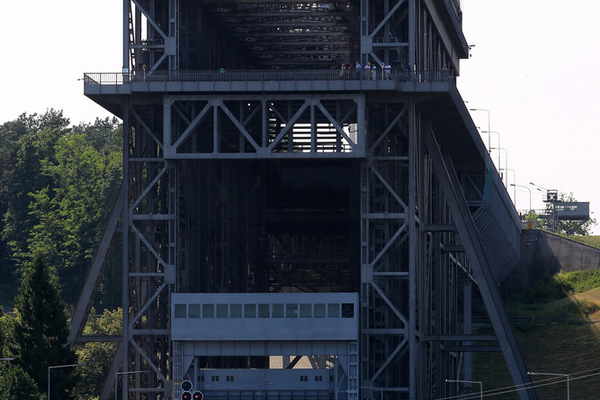 It doesn't get steeper than this! Or does it? There is an approximately 36 metre height difference to overcome! That's not so easy with a ship. Unless you use a boat lift.

Construction of the Niederfinow boat lift began in 1927. 72,000 cubic metres of cement, 14,000 tonnes of steel and 27.5 million Reich marks were required to build it. In total it is around 60 metres high, 94 metres long and 27 metres wide. The run takes place over a hub of 36 metres with a speed of around 12 cm/s using four drive pinions with four direct current motors each at 75 hp (approx. 55kW). Transit lasts around 20 minutes, including entering and exiting. With the earlier existing chain of four locks, the run used to take around 2 hours! The facility was put into continuous operation on 21 March 1934 as the biggest boat lift in the German domestic waterway network at that time.

Meanwhile, the existing lift is reaching the limits of its capabilities and a new boat lift is currently being built directly next door. This is also a vertical lift with counter weight balance. However, the trough has a functional length of 115 metres, a functional width of 12.5 metres and a 4 metre water depth. The water-filled trough weighs over 9,000 tonnes.

Good to know: You can also explore the boat lift on foot and not only marvel at the technical details, but also enjoy a panoramic view of Oderbruch from the upper platform. Tours are also possible. The Waterways and Shipping Office's visitor centre provides information about the technical data of both boat lifts, the domestic waterway traffic system and domestic shipping in an exhibition.

The ship lift operates daily, 24 hours a day. Trough journeys are performed as required by shipping. Special registration is not necessary.

Access for visitors could possibly be blocked in adverse weather for safety reasons, (especially ice and snow) even during the visiting times indicated.

No visits are possible when the lift is closed.